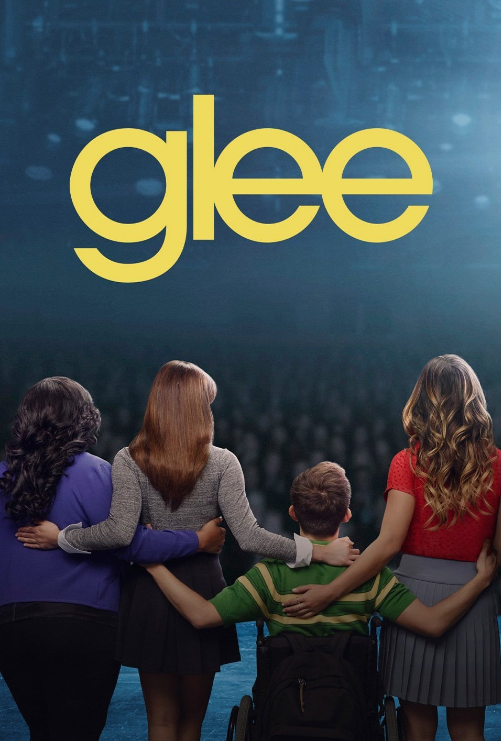 The popular television show,  Glee (2009-2015), is our 3rd feature in OYFF's First/Birth Mother Point of View (POV) series. The program included 2 birth/first mother storylines and had a wide audience.  Although the series is over, we felt it was important to comment on how birth/first mothers were represented in this piece of popular culture.

Glee is a comedy/drama that debuted on FOX in 2009. At the outset, the show focused on glee club instructor Mr. Schuester, a one-time glee clubber himself, and his unwavering dedication to making glee club great again. The story follows a group of undeniably talented, yet not so popular kids, as they navigate the sometimes hideous landscape of high school and find their voices with the 'New Directions' headed up by "Mr. Schue".

Glee was a television show I had no desire to watch. It just didn't strike me as something I would be remotely interested in. My roommate twisted my arm enough that I finally gave in and said I'd watch ONE EPISODE. It was, of course, hilarious, if not a little far-fetched. My high-school experience was nothing like the one these kids were living through. All those feelings! All the singing! And dancing! And drama! Regardless, I am a glee club kid at heart, so I decided I'd give it a chance.


I truly enjoyed nearly every episode and felt there was a valuable, if a bit saccharine at times, lesson to be learned from each one. That is until we delve into the adoption storyline(s). First, there's Rachel, the insanely talented over-achiever. Rachel is adopted and when she finally uncovers who her birth mom is, of course we discover that she is also insanely talented and just so happens to be the glee club instructor of a rival high school. Rachel is keen to have some sort of relationship with her; a feeling her birth mother, Shelby just doesn't seem to share all that much. She does reveal to Rachel that it was a difficult time in her life after giving birth and that she took off to NYC for awhile to try and make it big.  At any rate, even though the two live relatively close, a relationship is not fostered between them. In fact, the role of Rachel's birth mother seems to be short-lived until....


.....Quinn and Puck. Quinn is the quintessential golden girl; girlfriend of Finn, the big man on campus. She seems practically perfect until it is revealed she has become pregnant, not by her boyfriend, but the mohawked bad-boy, Puck. Quinn eventually makes the decision to place the baby for adoption. For some reason, Shelby is at the hospital and, because this is a TV show and not real life, decides to adopt Quinn's baby on the spot. It was at this point in the episode that I actually shouted, "what?! That is NOT EVEN how adoption works!" This woman whom Quinn barely knows, just shows up, says hey, I'll take your baby, and just walks out? Nope.


The next season, we discover that Quinn has gone a bit off the rails since giving birth, quitting glee club in favor of dressing like a punk and smoking under the bleachers. She and Puck decide that they want to be in their baby's life. Shelby allows Puck to see the little girl but isn't thrilled about Quinn's new look and attitude and tells her if she wants to be a part of her child's life, she needs to clean up her act. Quinn rejoins glee club and begins dressing and behaving like the old Quinn again. It is a ruse to get Shelby to think she's changed so she can take her daughter back. She goes to such lengths as planting drugs in Shelby's bathroom and calling child protective services in an attempt to have the baby taken away.

It was at this point I had had about enough of the Quinn storyline. I remember saying out loud, "you are giving all birthmothers a bad name!" I just felt there are already so many misconceptions about birth parents, why throw something so negative, something uneducated people probably believe to be how birth mothers truly behave, out there? I understand the adoption arc is not meant to be the main focal point of  Glee, we're meant to just follow these kids along on their journey and have fun. And it mostly is a fun show. But the Rachel/Shelby and Quinn/Puck/Shelby storylines had the opportunity to shine a light on adoption issues and failed. Hard.
Adoption Story Depiction: D-
Potential Triggers: A
-Samantha Moss
The POV series is a forum for the voices and opinions of birth/first mothers to react to birth mother representation in popular culture. The views and opinions expressed are those of the author and do not necessarily reflect those of OYFF.  If you are a birth/first mother interested in having your voice heard as a POV Reviewer, please email Jenny Sindel at [email protected].
Create Account   |   Login
Made with NationBuilder