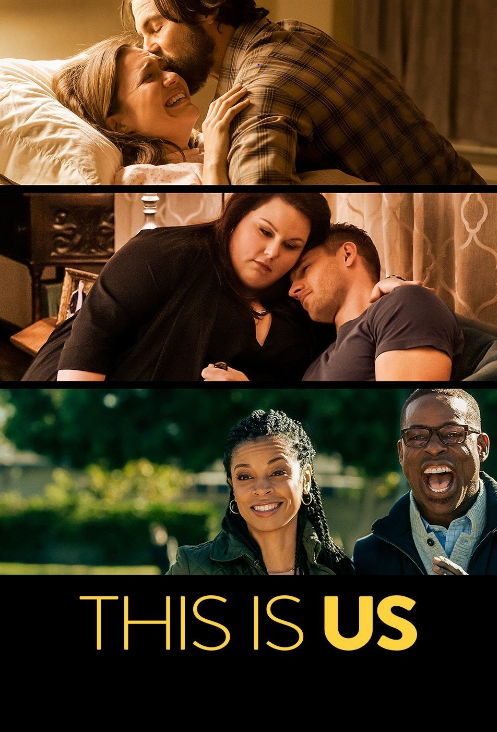 The popular television show, This Is Us, is our 2nd feature in OYFF’s First/Birth Mother Point of View (POV) series. The program includes a birth mother story line and has a wide audience, making it important to review how birth/first mothers are represented in this piece of popular culture.

This Is Us is a drama that premiered on NBC on September 20, 2016. The story follows the Pearson family: father Jack; mother Rebecca and children, Kate, Kevin, and Randall. Through a series of flashbacks and montages throughout the 1970s and ‘80s, the lives of the Pearson clan are shared to learn about each character, their family system, and how that weaves through their present-day lives. Kate and Kevin were originally part of a triplet pregnancy, but the third baby was stillborn. Coincidentally that day, another baby is born to parents who are addicted to drugs. The mother dies and the father takes his newborn to a firehouse in which a fireman eventually brings the abandoned newborn to the hospital. As Jack is grieving the loss of their third baby, he sees the abandoned newborn and was determined that he and Rebecca will go home with three babies after all and they adopt the abandoned baby who will become their son Randall.

This Is Us has been one of my favorite shows this television season. Many tears have dropped from my eyes for its endearing and heartbreaking dialogue along with sweet and sad montages set to just the perfect music to stir different emotions.

Viewing the show through my birth mother-lens I experienced numerous reactions to the characters. At times I find my maternal, nurturing-self concerned about Randall, growing up as the only person of color in an all-white household or looking at others in his community wondering if they could possibly be his birth parents. While I have compassion for Rebecca’s unresolved grief over the loss of her biological son, that does not excuse denying young Randall the opportunity to know his birth father William. Rebecca’s claims of wanting to protect Randall are steep with judgment and selfishness.

In regards to the story line, or rather lack of one, about Randall’s birth mother Laurel, leaves me frustrated. For a show that seems to have the desire and heart to capture the complexities of adoption, as usual, the birth mother character is almost nonexistent. To compound Laurel’s nonexistence, it is revealed early in the season that she has died. The rare flashbacks that include Laurel show a beautiful woman who eventually is portrayed as leading William to drug abuse. This unfortunate portrayal only perpetuates stereotypes about birth mothers.  Also, so little known about Laurel it is unclear whether she indicated before she died that Randall should be placed for adoption or if the plan was to parent him. As Randall’s biological mother she is an essential part of the story yet so little is known about her.

As with many shows, This Is Us attempts to tackle the struggles of individuals and family systems highlighting topics such as transracial adoption, substance abuse, sibling rivalry, obesity, romantic relationships, etc. but never quite having the opportunity to fully focus on one topic.  While not perfect, This Is Us does make, what I believe, is an earnest attempt to bring complexities of humans and relationships into something that can be relatable to a broad audience.

Several episodes in the season could potentially be triggering for a birth mother. It may stir feelings of grief, ambiguous loss, rejection, feelings of inadequacies, frustration, and/or opening wounds of past wrongs in their own experiences with their child/children’s adoptive parent/s, shame, or feelings of being judged or misunderstood by society.

I am curious if season two will uncover more information about Randall’s birth mother as well as dive into the cliffhanger from season one with Randall announcing to his wife that he would like to adopt a baby.  Will that perhaps bring in a more developed birth mother storyline to the show?

Remember, if you plan to watch This Is Us, be sure to have a box of tissues by your side.
This Is Us television rating:

The POV series is a forum for the voices and opinions of birth/first mothers to react to birth mother representation in popular culture. The views and opinions expressed are those of the author and do not necessarily reflect those of OYFF.  If you are a birth/first mother interested in having your voice heard as a POV Reviewer, please email Jenny Sindel at jenny@onyourfeetca.org.
Create Account   |   Login
Made with NationBuilder